Home / Aviation / Aircraft In The Dark

Aircraft In The Dark

At the start of last year (2016) I missed the opportunity to photograph the aircraft in the Ulster Aviation Society in darkness, lit only with portable LED lights. Thankfully another session was organised and many thanks to Paul Harvey for the invitation to come along.

This took place on Saturday 10th December and it was a 16:00 start. I arrived around that time and found quite a few people there already. The first aircraft to come under the spotlight was the Phantom F4 (XT864). This aircraft looks fantastic in any light but under spotlights it’s just unreal. 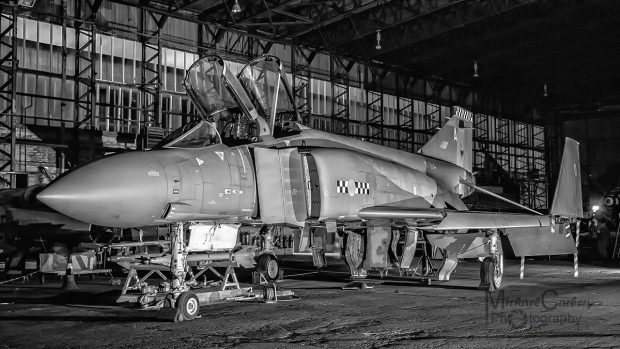 A bit closer this time, what a beauty.

Time to get down and dirty. I placed the camera on the ground and elevated it with the help of my tripod cover stuffed under the lens.

This next shot was a spur of the moment one. I borrowed a flashlight and with the exposure set to 25 seconds I tried some ‘writing’. It took a few attempts but I was pleased with the result.

Next it was on to the Society’s Spitfire. This is actually a Spitfire Mk2a Replica and details on it can be found on the Society website here. 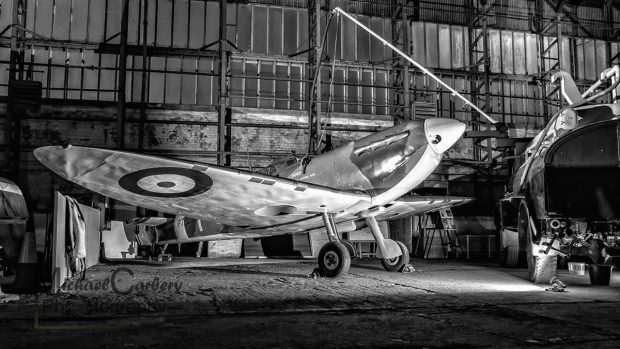 Unfortunately at 18:00 I had to leave. I was disappointed as there was so much more to photograph but was very content with what I had taken. Many thanks to Paul, Don, Declan and Mal for the company and to everyone else I met in the hangar.

The Ulster Aviation Society is a hidden gem which unfortunately will remain hidden for the foreseeable future due to the sometimes comical political situation that exists in Northern Ireland. It’s not open the general public as such but group tours and visits can be arranged. Please take the time to visit their website and find out more about this fantastic organisation.