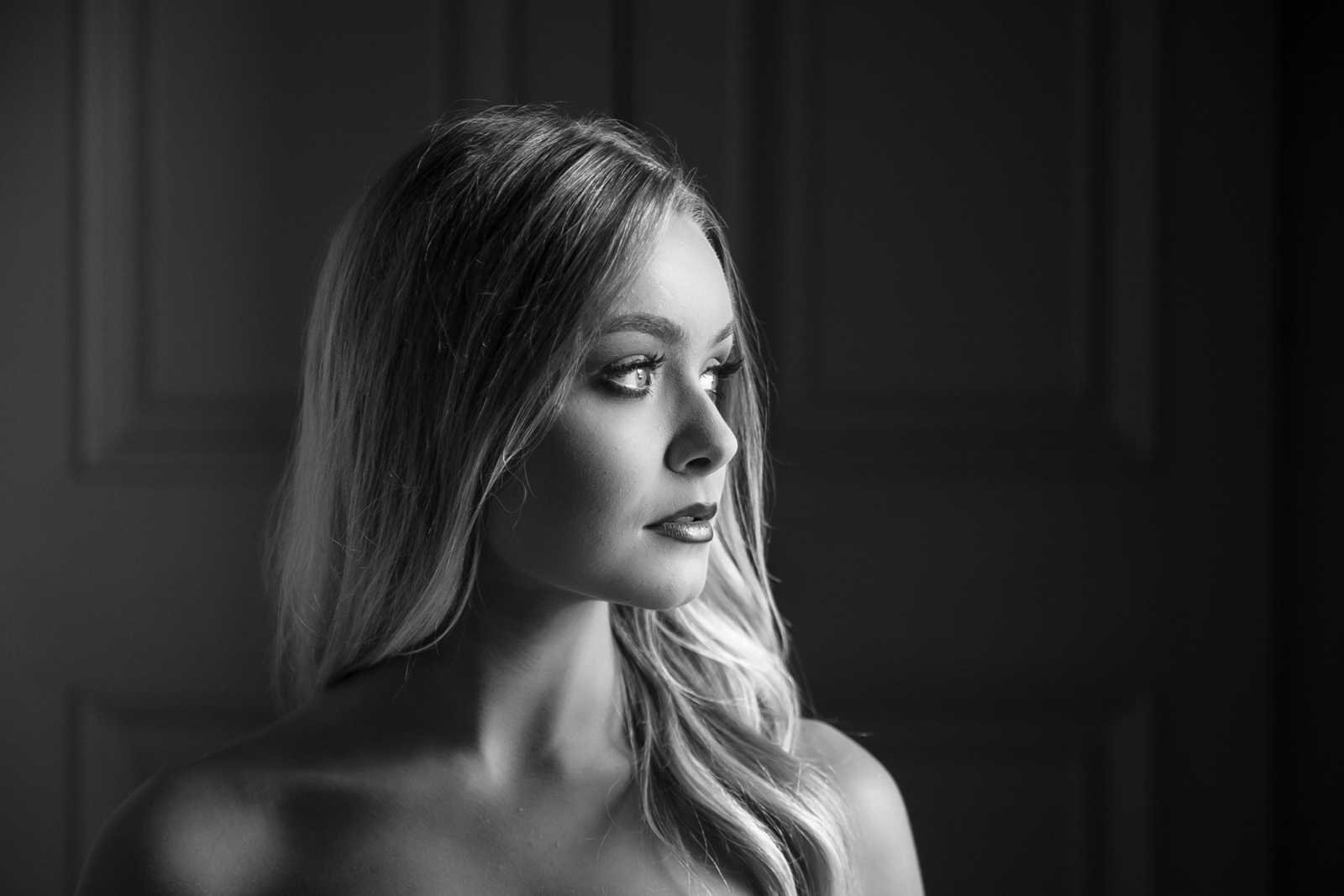 Brownlow House, or as it’s also known to the locals Lurgan Castle is an imposing building situated just a few minutes walk from Lurgan town centre. It commands a stunning view across Lurgan Park and lake.

It’s an absolutely gorgeous location for a photoshoot and when I asked fellow photographer and friend Nigel Fleming if he wanted to join me he was more than happy to do so.

The shoot was planned for Monday and arriving at the house just before 10:00 with my wife Aine it was time for a lovely cup of tea in the Tea Room.  Nigel and our model for the day, Chloe, soon arrived and joined us for a cuppa.

With some many rooms and locations in the House it’s sometimes difficult to decide where to start. As it was still early we decided to start outside before the sun got any higher, and stronger. 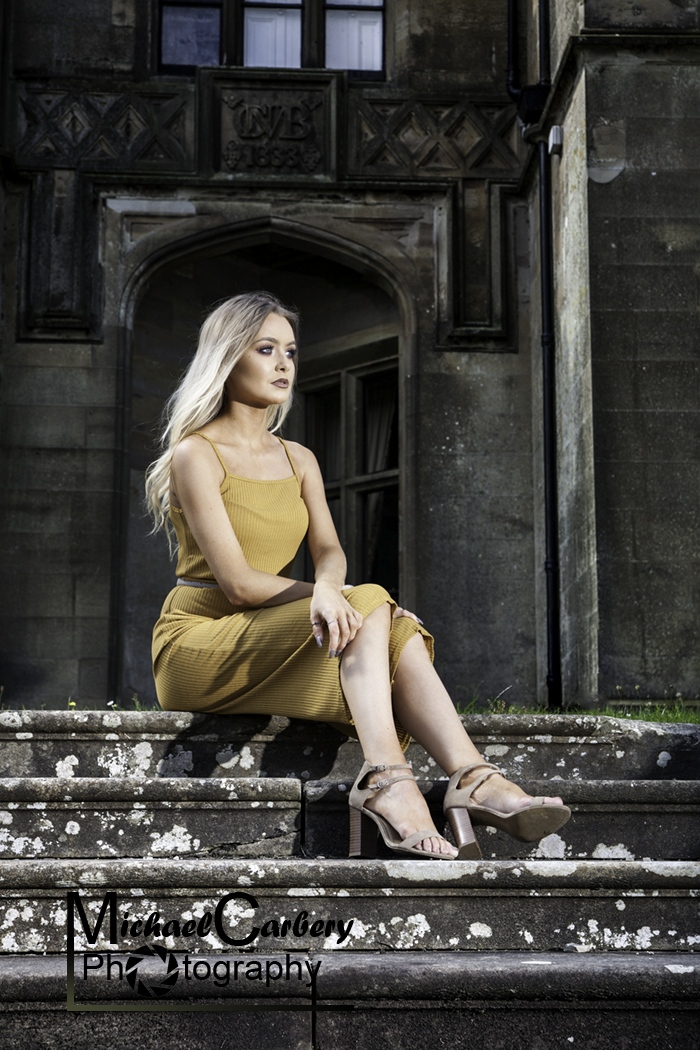 Soon we moved indoors and this is where Brownlow House really comes in to its own. It has a number of large rooms with high ceilings and windows. Natural light is in abundance in one of the rooms.

Chloe changed in to a stunning white dress and she wore it for the rest of the session. This next shot was one of Nigel’s setups. He had set up something similar last year so why not follow it up with the same. Chloe was positioned in a small, but very tall, corridor with a window to her left. These were all shot using just the light from this window. Brownlow house has a gorgeous fireplace with a very large mirror above it. It makes for some beautiful photos. 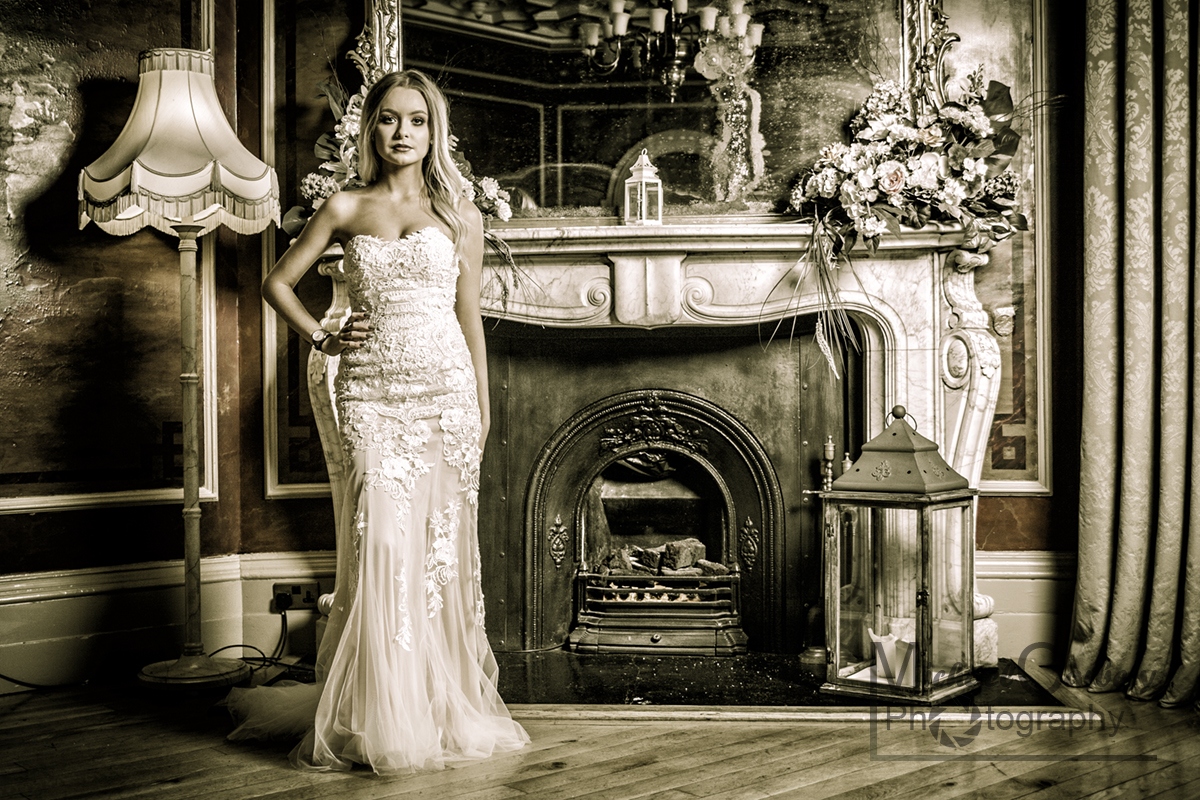 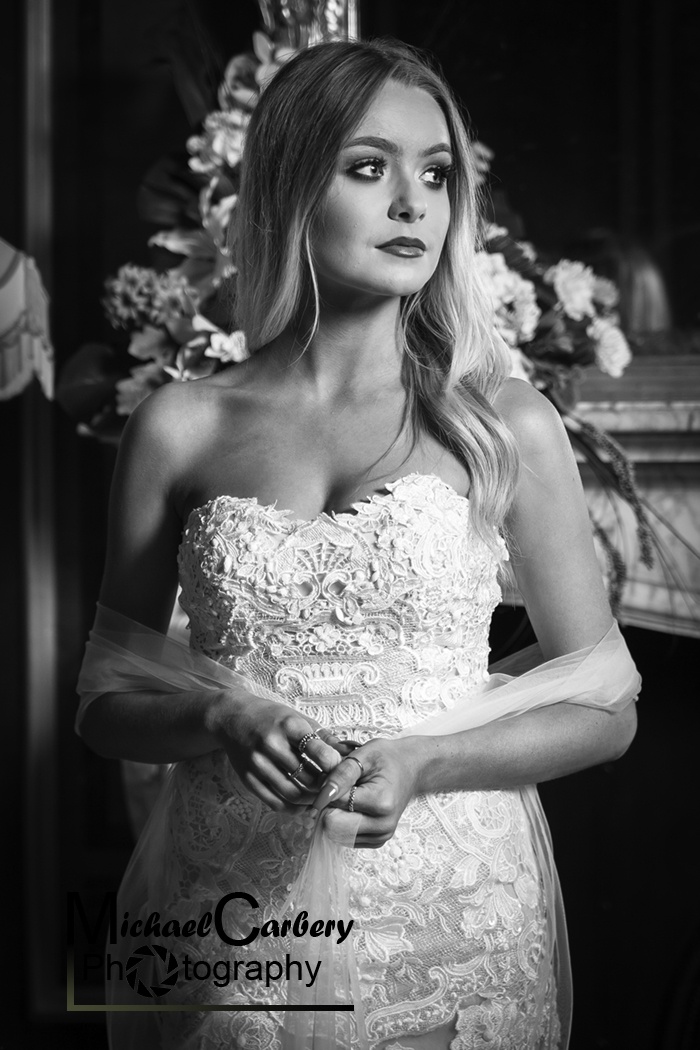 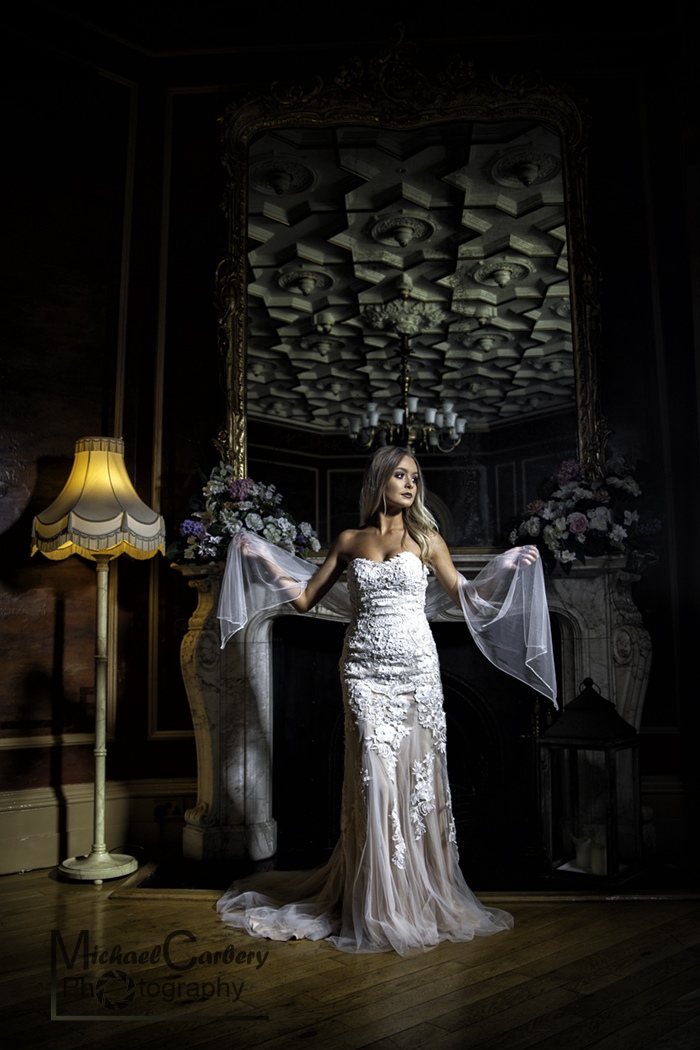 Brownlow House also has two staircases and these were the locations for our last two setups. 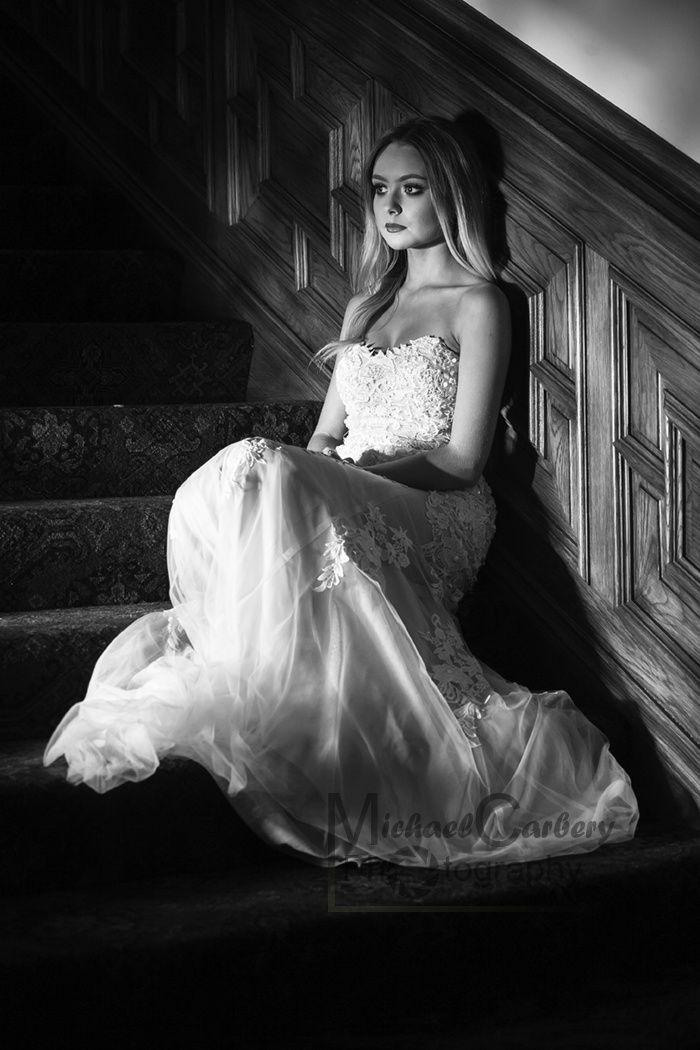 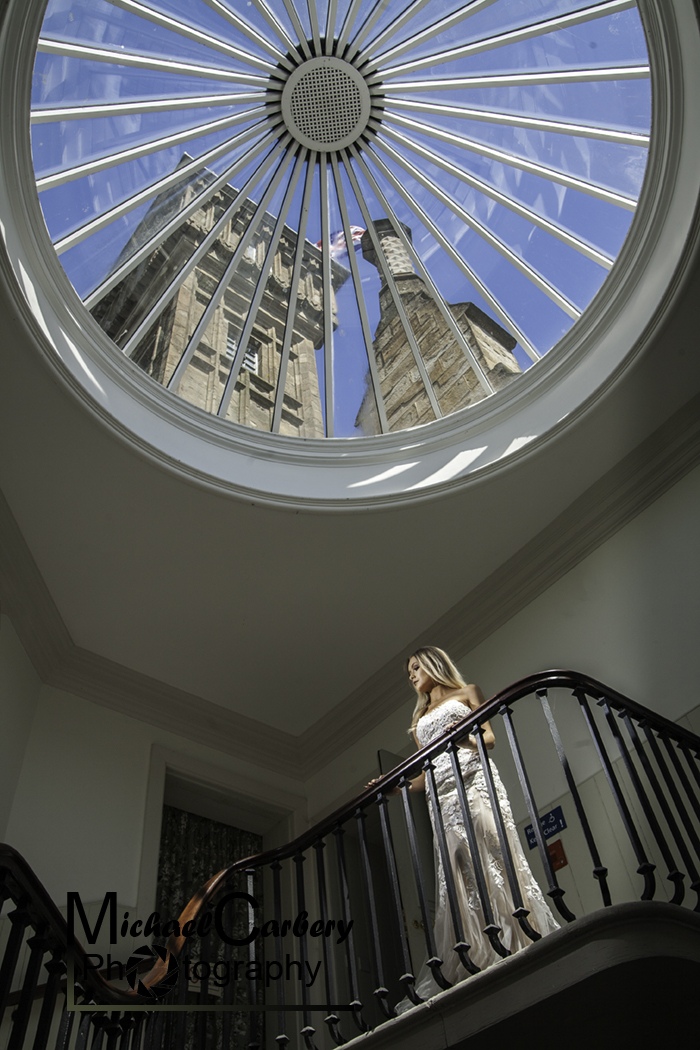 Many thanks to Nigel and Chloe for helping me create some beautiful images and to my wife Aine who is always there to pick up on the wee things that can make an image better. Thanks also has to go out to Robert for allowing us access to the House. Hopefully we’ll get to shoot in it again.