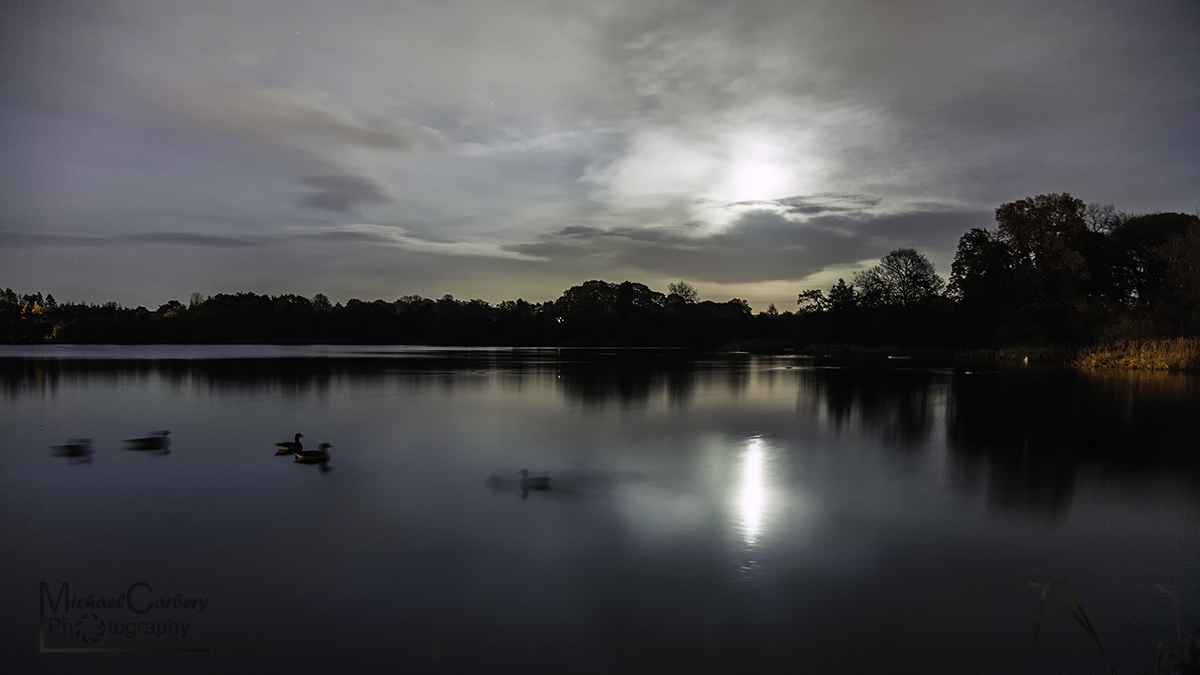 November saw an event that hasn’t occurred for nearly 70 years – a record ‘Supermoon’. This is a full moon that is closest to Earth in its elliptical order. It generally appears larger and brighter than normal. I wasn’t that interested in shooting the moon as I find that a full moon isn’t really great to look at. However on 15th November, the day after the event occurred I was driving my wife to her mothers. There is a railway crossing on the way and as we drove over it I glanced to my left and saw the largest moon I have ever seen just rising above the railway tracks and beautifully framed by the railway station building. As soon as I dropped my wife at her mothers I raced home and got my camera gear.

Arriving back at the station I was disappointed to see the moon had risen more and as such had reduced in size, not the massive sphere I had witnessed earlier. Despite this I approached a station employee and asked for permission to take some photos from the platform. I was given permission and told where I shouldn’t go i.e. stay behind the yellow lines at all times. 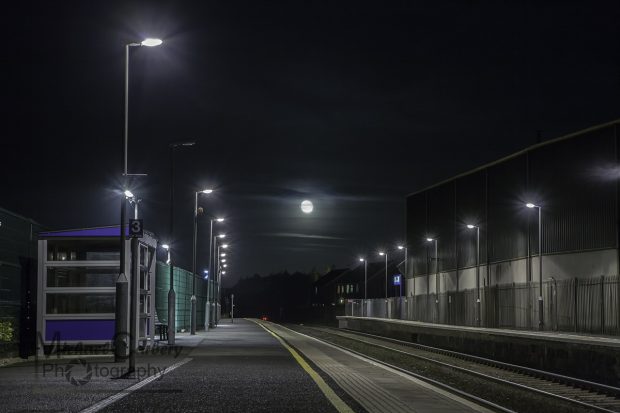 I didn’t spend too much time here, because to be honest there was much to see. So being very early in the evening I headed to Lurgan Park to try and catch the moon rising above the park lake. Unfortunately it was very close to closing time but after explaining what I was after a very helpful park ranger said he could give me 20 minutes or so. Making my way down to the lake I just knew Sod’s Law had struck, the moon was hiding behind a large cloud and didn’t look like it was going to make an appearance. I took a few photos and I’m glad I did as they came out much better than I think they would have if the moon had have been visible. 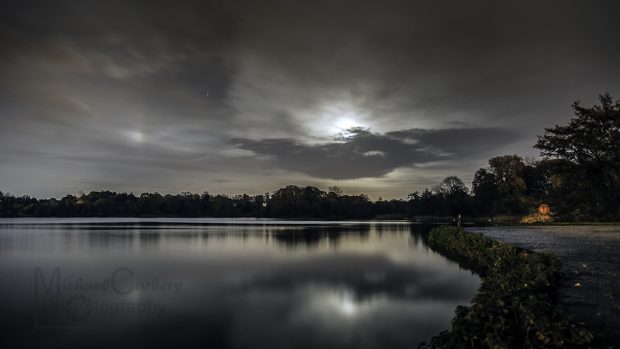 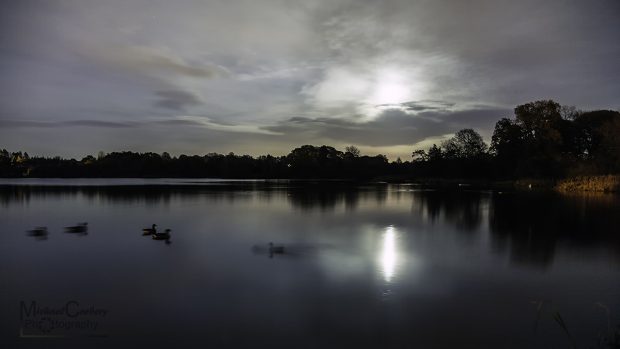 While waiting to see if the moon would make an appearance I turned the camera to my left and photographed the partially obscured Brownlow House. This is a beautiful building even in the daytime but at night it is spectacular. 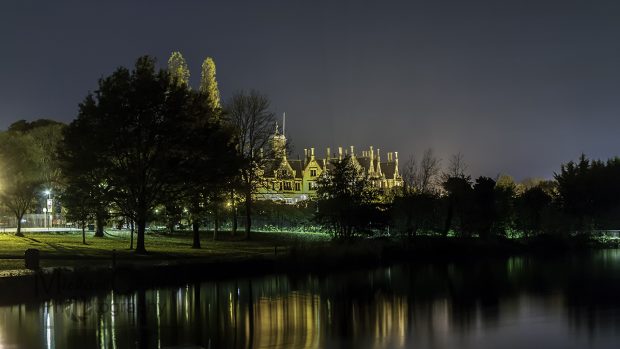 A partially obscured Brownlow House reflected in the park lake.

As there appeared to be no chance of the moon appearing and the fact that I was happy with the images I was seeing on the back of the camera, and the fact I had a wee bit of time left I went to another part of the park. This was at the end of the tree lined avenue, just down from the fountain. The avenue itself would be in total darkness but it was illuminated by the strong floodlights of the tennis courts that are adjacent to it. The images from this location were more suited for black & white. 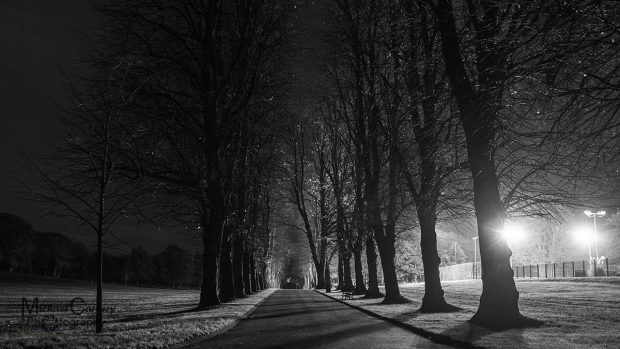 Tree lined avenue in Lurgan Park, illuminated by the floodlights from the adjacent tennis courts 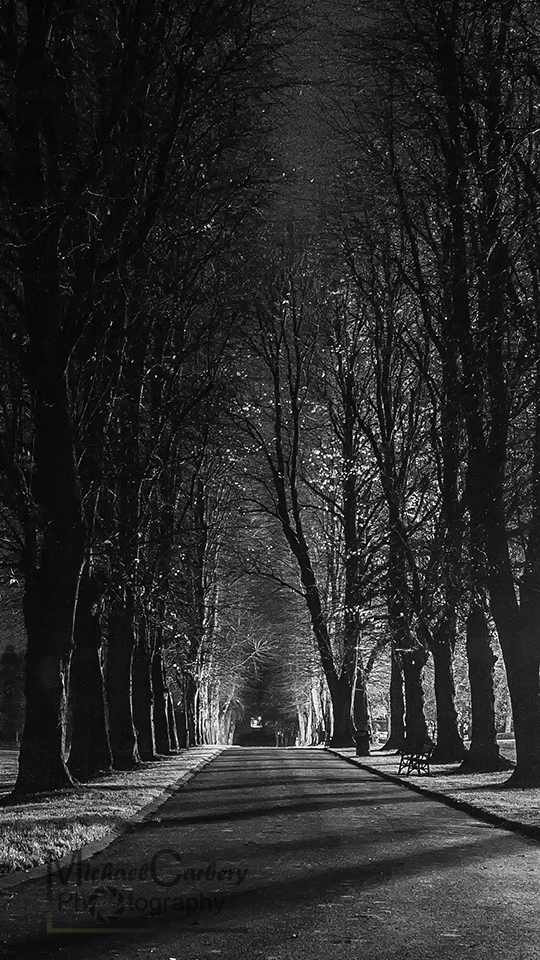 A portrait orientation this time of the avenue 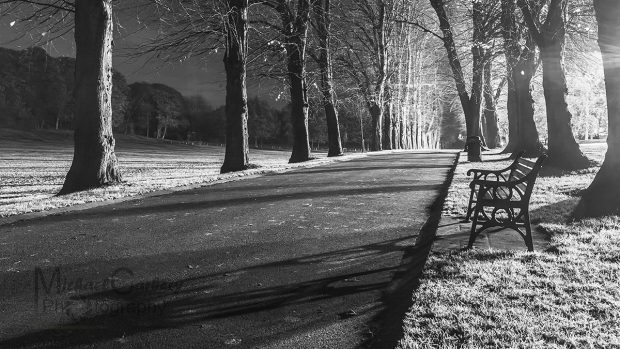 Another of the avenue. This time eliminating the floodlights from the scene but using their light to capture the shadows along the avenue. 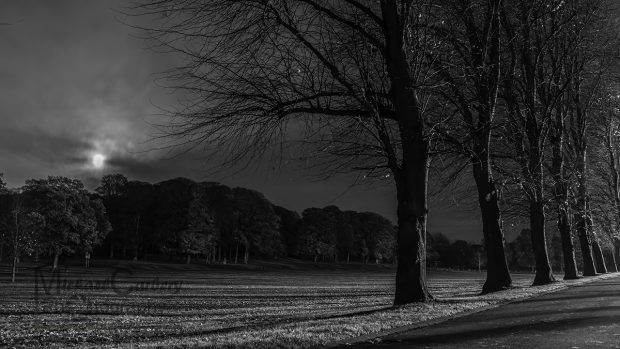 For the last shots of the evening I wanted to capture the moon rising above the Coalbrookdale fountain. Unfortunately it mean that it was backlit and although I’m happy to have captured it, it’s not a great photo. 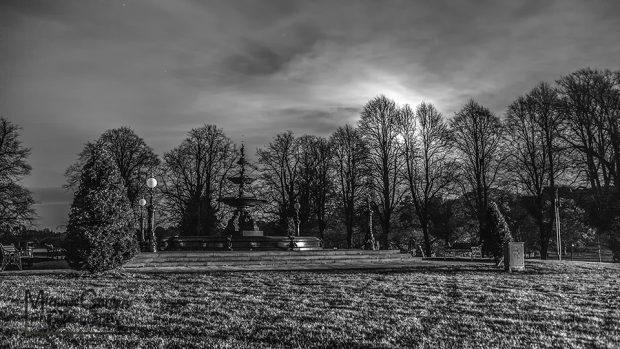 The moon rising above the Coalbrookdale fountain in Lurgan Park